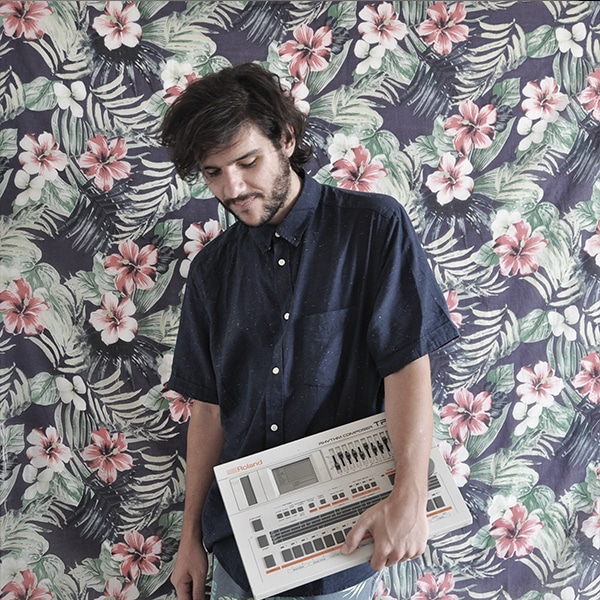 Alessandro Parisi is an Italian electronic musician from Pordenone. Also known as Hesperius Draco and involved in many projects such as Sacrestia del Santissimo Sangue and Dynamite Winter Palace, describes his musical style as “Esoteric Disco“. Influenced by baroque and romantic classical music, has created a blend of retrofuture and dark analogue electronix sound with references to past civilizations, spiritual harmonies and ancient sacred mysteries. “Visita Interiora Terrae, Rectificando Invenies Occultum Lapidem”: the first breakthrough in the analogue underground scene with the hat-trick of albums “Draconia” (Lux Rec), “Hic Sunt Leones” (MinimalRome) and “La Porta Ermetica” (Giallo Disco). “Then I saw a second beast, coming out of the earth: Hesperius Draco”: the transmutation form of Alessandro after the Nigredo phase in the music research with “Cathar Rhythms” and “Northern Sages” and the ultimate LP “Actus Tragicus” for Frigio Records.” “The Vryl is not for you, but for the father through your channel”: the cosmic task received by the rubedo phase came out with the EP “Andromeda” (Slow Motion Records) completing the Mangus Opera.