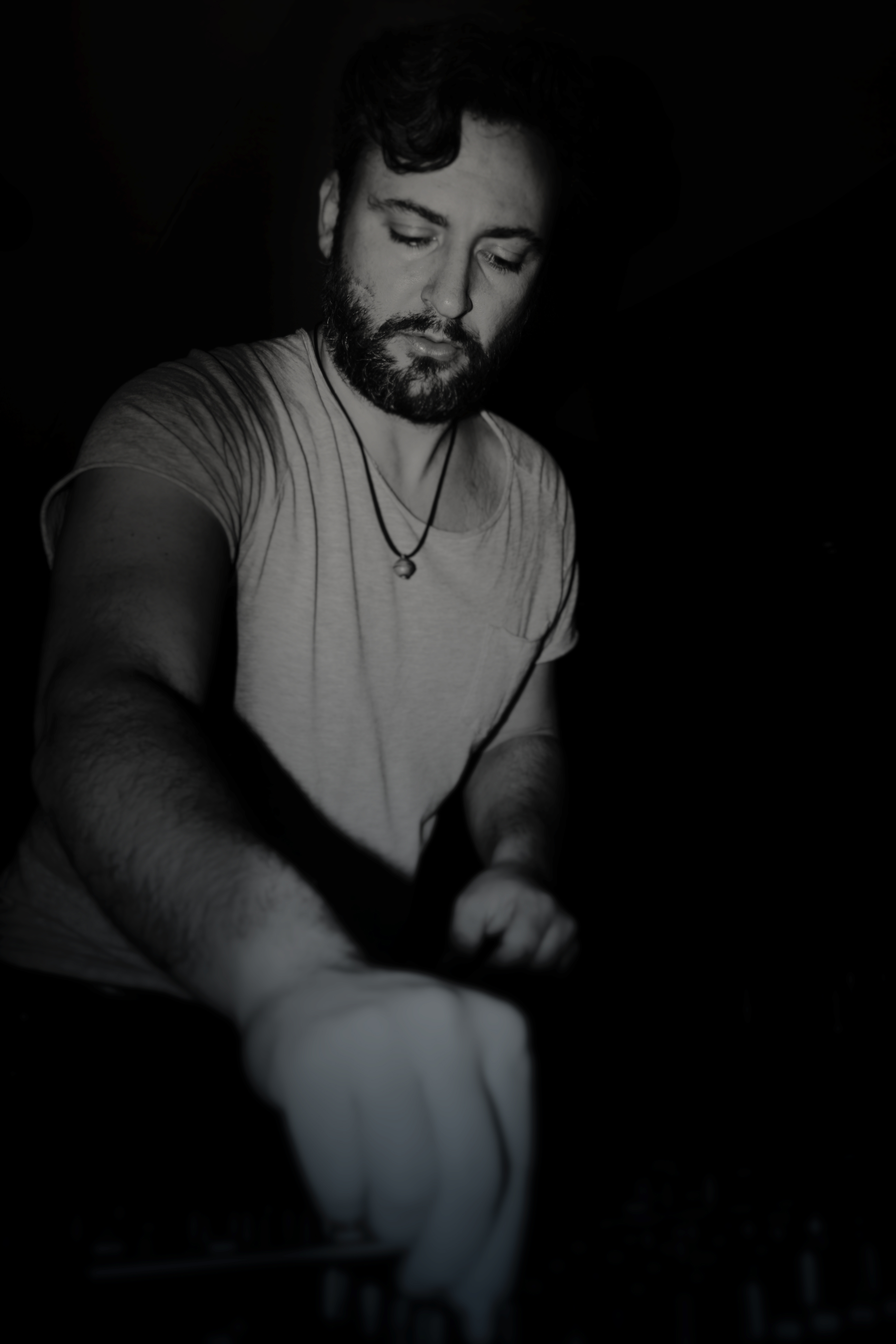 Brioski – Claudio Brioschi hails from Milan. He first fell in love with music via early Disco, Funk and 90′ Rap, progressing onto DJing with his Technics 1200 he eventually graduated into music production and so grew his love for recordings synthesizers and analog machines. He started his DJ career with a wide range of influences (hip hop, funk, soul, disco, chicago house & techno).From late 90′ to middle 00′ he played in different clubs in Milan and in Ibiza parties during three golden summer season for him. Dj and producer, he was always divided by searching new sounds to make or new vinyls to digging. He release his first album Hype Nothing in 2012 and several Eps during the years with different influences. Now his sound edges towards new wave, electronic and psychedelic atmospheres, with deep and percussive roots, focused on vintage synthesizers.
In 2013 he founded the Boot & Tax project whose productions (Optimo Trax / Optimo Music) have guaranteed the duo a full calendar of dates in Europe and beyond. During the last two years he growing up his new live performance through an Mpc1000 and a Poly800 he sequencing some magic weird riffs. in 2018 he founded in Milan his Studio Recording Prisma Sonoro, lot of artists pass from here to mixing, mastering and produce their tunes.