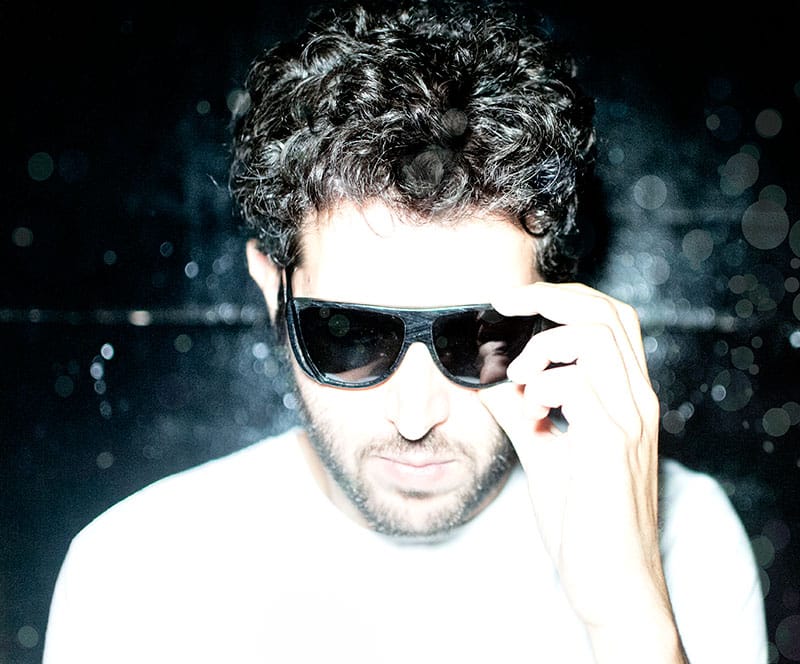 Fabrizio Mammarella is an Italian selector, producer and label owner among many other things in the world of Music. Boasting a discography that includes dozens of clubbing anthems, remixes, as well as successful collaborations with Lauer (as Black Spuma), Rodion, and Clap Rules; he is also the “one man band” in Telespazio, an infamous side project focusing more on experimental music. Since his first release in 2004, Fabrizio has been constantly delivering hits for labels such as DFA, Permanent Vacation, Correspondant, Les Disques De La Mort, Future Boogie and his own imprint Slow Motion Music / Wrong Era records, leading the Italian Dance Wave movement for over ten years. Fabrizio is also the head behind Emet, a record label centred on limited special releases crawling in the realm of weirdo electronic music, especially cut for the quirkiest and demanding dancefloors. Fabrizio has played and hosted label nights at some of the best clubs and festivals around the globe, with regular nights in Berlin and his home country of Italy. He is definitely not moving in slow motion.