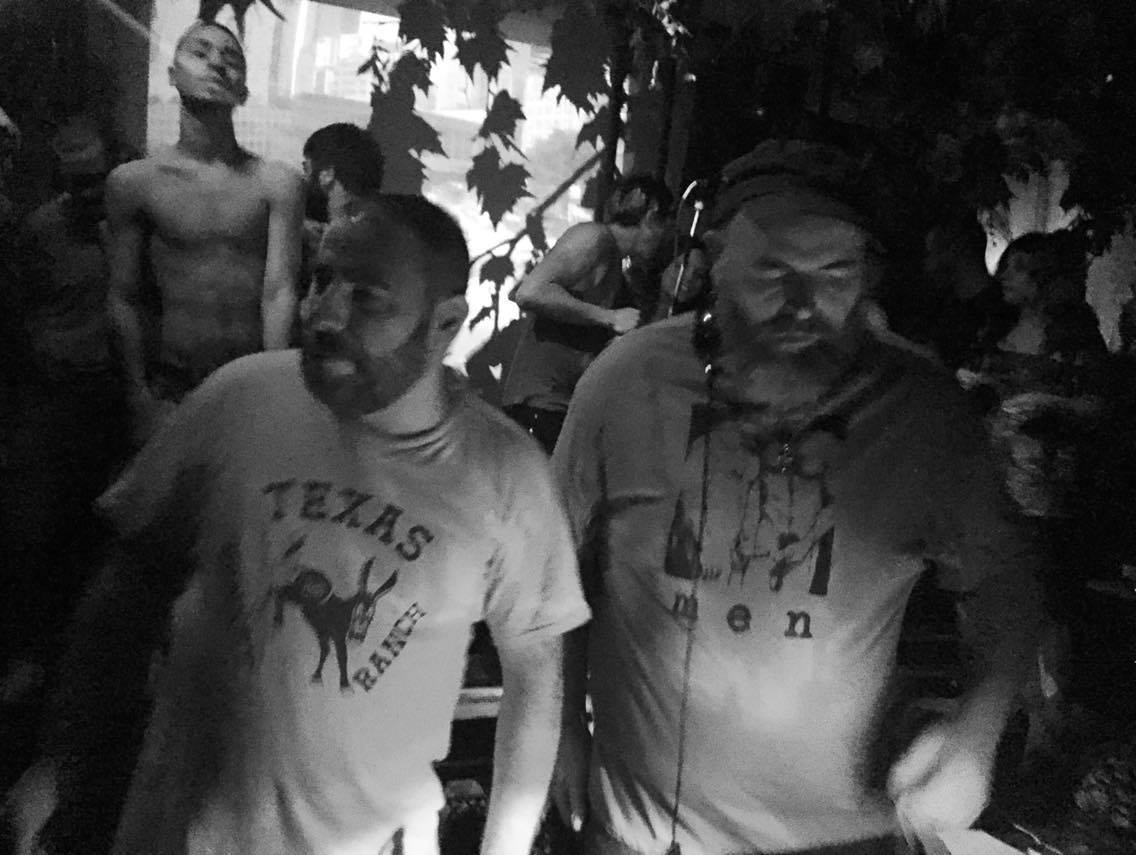 Front de Cadeaux are Hugosan (Rome) and Dj Athome (Brussels)
Belgo-Italian producers Hugosan & DJ Athome have coined their own distinct druggy, slow, and dubby sound by playing specially long dj set selected 12-inch 45s at 33 rpm.
In 2013 it was a kind of an anticipation of the New Beat revival as TSOB documentary came out the same year. Le Pédé BPM is the first release on Roccodisco in 2014 and the remix by Fabrizio Mammarella gets instant crush from Ivan Smagghe to Erol Alkan. In 2015 a second release has been released on Roccodisco (Infodrogue ep with JD Twitch Dub) followed by some remixes (Heretic, Freudenthal on Nein Records) before dropping in 2016 “The Gift” Ep on Subfield, and later two 7inchs: Cogitate Ep on Lexidisques, and a collaboration with Hector Pavez.
In 2017 after an appearance on Moving House compilation (Subfield) they did as well some remixes for Mugwump, In Fields (Labelle), Otto Rita (Rock to the Beat). In 2018 after a remix for HLM38 (KUMP records) they signed the first release on EMET records a new italian label with a single called La Ketamine. They self released their first Supreme Rallentato compilation on their bandcamp. In 2019 they appear on Slow Motion Records with 4 tracks reworked by Fabrizio Mammarella including Le Pédé BPM’ re-work – a gnarly slice of synthetic EBM that was previously only available digitally.
The two have also done mixes and podcasts for Boiler Room (TSOB), Honey Soundsystem, Les Yeux Oranges, The Word Magazine.
Front de Cadeaux has already played for festivals like CTM Festival (Panorama Bar), Berlin Atonal (Tresor), Schiev Festival, Bozar Nights, Red Bull Music Festival (Paris, Berlin),…