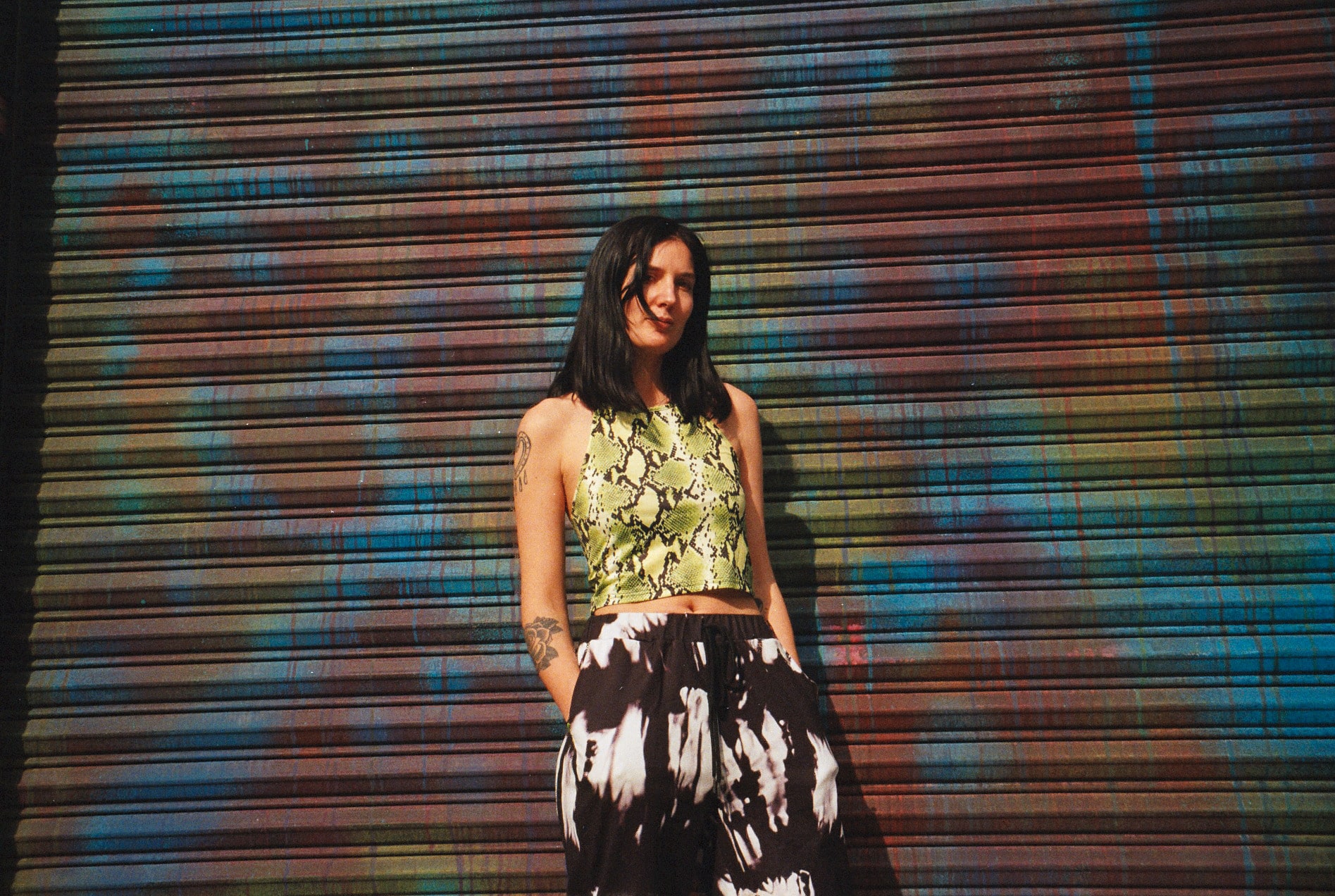 Justine Forever’s music evokes nightlife in its entirety. Like wanderings after the end of the day, we go from loss of senses to euphoria, from worry to fantasy, from blinding colorimetry to elegant black and white. An aesthetic universe constructed by the French musician that resonates like a call to total abandon.

Born in France, Justine Neulat has few memories of her childhood that do not involve music. Her creative journey was nourished by the discoveries from a glorious past, where punk attitude and new wave mingled into the dampness of clubs. A descendant of the ‘jeunes gens modernes’ and historical minimal wave, she is logically oriented towards dancing and melodic music, dark and clever, racy but catchy.

In 2015, Justine made her debut in electronic music. The following year, she let go of everything digital and discovered the possibilities of analog machines and synthesizers. She then founded the Deux Control project with her husband Edoardo Cianfanelli (Rodion). After settling in Mexico for a few years, the couple produced music at the crossroads of hot and cold, imbued with the country where they composed. We find in the first effort of the two classically trained musicians, Sex Miami, an undeniable talent for timeless melodies and harmonies.
In Mexico City she’s was part of the residents Dj of MN Roy club and played in numerous parties and clubs through the country (Normandie, Hard pop, Bar America…). She shared the stage with artists such as Helena Hauff, Charlotte de Witte, Telefon Tel Aviv, Jennifer Cardini, Whitesquare, Fabrizio Mammarella to name a few. She was part of the 2020 EDC Mexico.

Now settled in Rome, Justine Forever will present her debut album entitled ‘Flash’ which will be released this fall on Her Majesty’s Ship. As a preamble to this release, Justine has published at the beginning of the year a hypnotic and moving cover of Comme un Boomerang written by Serge Gainsbourg.