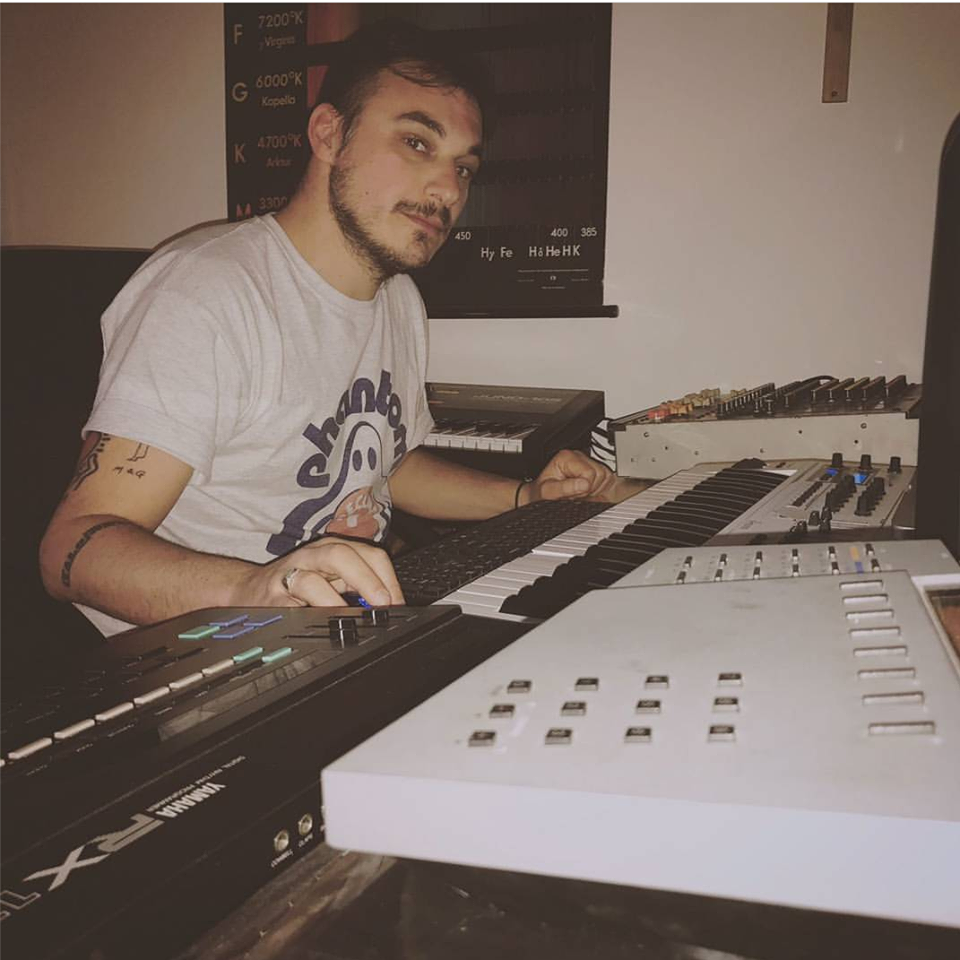 Marcello Giordani is one of the key figures of the blooming Italian Disco scene and half of the project Marvin & Guy.Being a producer, Dj and collector of rare Italo-Disco vinyls, he is on the very front of the exploding Disco movement in Europe with his “Italo Deviance”Blog and Label.Marcello started djing back in 1992 when starting what would have been the golden age of the House Music scene. He began playing in clubs nearby his town and at 20 become resident-dj of the historic Italian party called “Les Folies the Pigalle” which at the time was one of the points of reference for the National dance music and this allows him to have a high visibility and work in the best italian club’s network. His vocation as a producer it’s easy to feel and at 21 bought his first equipment and released a debut E.P.Then, during the first half of 2000,he signed with labels like Dirt Crew/Players Paradise, Mule Musiq/EndlessFlight. For more than a decade remains anchored to a pure “Underground Sound” and gives all importance to the music quality. His inspiration comes straight from the N.Y. Disco scene (Paradise Garage) an mid ’80s Chicago House scene like Muzic Boxand Warehouse but also from the early 80’s Italo Discoand Cosmic. Marcello also founded, back in 2008, an highly disco oriented blog called Italo Deviance and the self-named label.After the blog success Marcello started djing in many places around the world (Tokyo, NY, LA, Mexico City, Philadelphia, Helsinki, Oslo, London, Berlin, Barcelona, Madrid,and many more) he also takes partat prestigious events related to fashion brands and magazines as: MaxMara, Louis Vuitton, Marc Jacobs, D-Squared, GQ Magazine. Now the man who powerfully relaunch the Italo sound in 2008 with the acclaimed blog Italo Deviance is back on the scene after 2 years of hard work and research into the deepest and obscure Italo sound. This 6 tracks LP fortcoming on Janury 2018 on Slow Motion (+ 2 tracks out on Cassette only), travel through again into the unique sound of the early 80’s Italo Disco built with spacey analog sounds, some cheesy atmospheres and a touch of primitive Trance chords. Marcello’s taste is very clear and specific when we speak about Electronic Disco and this LP is totally inspired by artists like Farina/Rago, Sangy, Alexander Robotnick, Alessandro Novaga, Doris Norton and also from his experience collecting and playing this shit during the last 20 years.