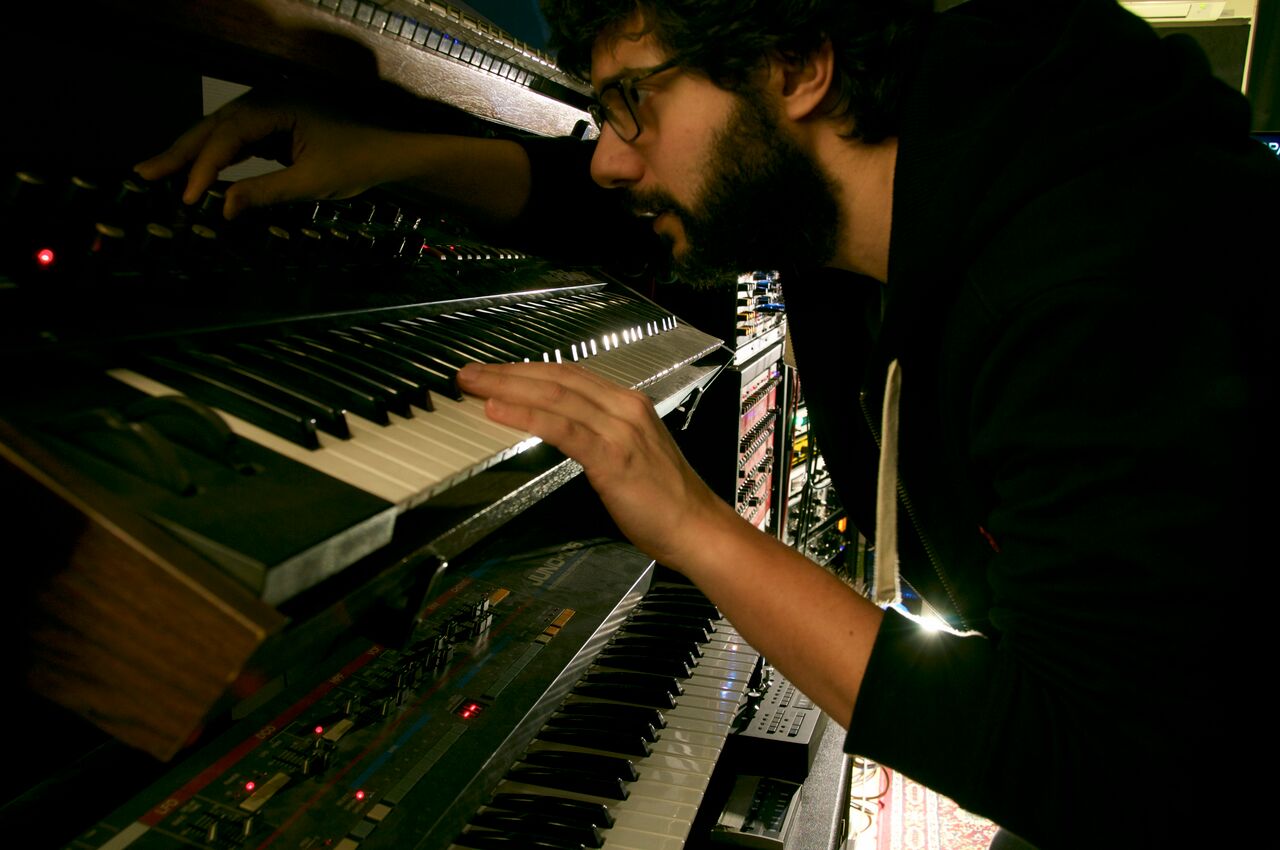 The Italian-born, Dutch-based professional sound engineer, musician and producer Marco Antonio Spaventi moved to the Netherlands after graduating in Electronic Engineering in Rome. Right after getting the diploma in Audio Engineering at SAE in Amsterdam, he started to work for the Institute, becoming a head lecturer at the Electronic Music Production course (EMP). With his amazing professional know-how, he’s held many workshops and lessons and his work brought him all around the world, Italy, Holland, Belgium, USA, Australia and Indonesia. Meanwhile, he’s enhanced his technical skills as a very experienced audio engineer in mixing, mastering, post production and TV. Spaventi’s production and mastering studio is located at Nachtlab in Amsterdam, it features only the best in digital and analogue hardware technology. Nowadays he regularly works with renowned artists and labels of the Dutch and international scene such as Delsin, Robert Hood, Tom Trago, San Proper, Delta Funktionen, Dekmantel, Claro Intelecto, Conforce, Juju & Jordash, Off Minor, Young Marco, just to mention a few. Marco Antonio is a very prolific producer of Chicago inspired house music, techno, synth-driven electronica, ambient, with an extensive solo output. In Holland, he’s secured a happy alliance with Aroy Dee and M>O>S Recordings and he’s involved in the R-A-G collective (Aroy Dee / G-String / Spaventi) and in the Crystal Maze duo (G-String / Spaventi), releasing on M>O>S itself and other labels like Brokntoys, Echovolt, A Depth Audio, Bio Rhythm, Lux, Field. On the Italo side, Spaventi’s production refer to disco territories and cinematic suggestions: he released the EP “Cinema” for the soundtrack series of Slow Motion; while the other long-standing relationship with Pizzico Records led to the publication of several releases as well as the first vinyl LP “Viaggi”. The awaited return on M>O>S finds him again in loudspeaker-front mode, with the EP “Balla!”, by interpreting house affections treated in analogue substance and crossed by acid streams, hypnotic darkness and cosmic dust, followed in 2016 by his second album “Isola Sommersa”, where the long run allows him to take ambient excursions and to leave some space for breathing.